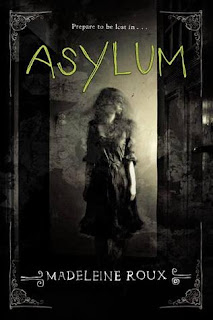 Let's start with the fact that Asylum by Madeline Roux was billed as something "for fans of Miss Peregrine's Home for Peculiar Children," (which I loved, by the way). That was the pitch given to me by NetGalley when I downloaded the ARC ages ago, and then also by GoodReads not nearly as long ago, when I decided to finally read it. In fact, it's the major reason why I decided to read it. It's the reason my boyfriend decided to buy a copy for himself and check it out too. Descriptions of the book made it sound like I would get an adventure story with lots of cool, creepy old pictures to add flavor to the tale.
Man, was I led astray.
First off, there are very few pictures used in the book, one appears every couple of chapters at most. Second, these are not the cool, vintage found photographs that were used in Miss Peregrine. These are modern stages photos made to look vintage with technology. Most are pretty bland, and not creepy or spooky, despite the artists' best efforts.
Second, the story itself is kind of boring. The book suffers from the problem of being aimed at teens but being written in a style that would appeal much more to tweens and middle-graders. There is little suspense and the focus is much more on the main character's experiences at summer school and trying to date his cute new friend than in telling us anything of the actual story.
Plus the plot is incredibly basic: ***kids at boarding school for the summer are housed in what used to be an insane asylum... bad things happen... stay tuned for the sequel! (drum-roll!)*** Nothing REALLY happens until about the last 10 or so chapters and then the author leaves us with a conclusion that is such a sad ploy to try to get you to read the next book that it makes the reader kind of angry!
In all, there is nothing new, original or really very interesting at all here. I finished the book without excessive eye rolling, and did genuinely want to know what the heck was going on, but the ending killed it for me. I no longer care what happens at this asylum. 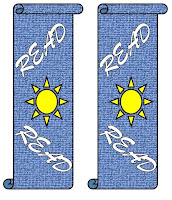