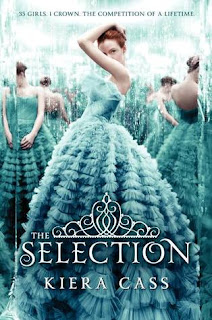 Ok, so this is one that I totally judged by its cover. I thought The Selection by Keira Cass was going to be a boring story about a bunch of debutantes in pretty dresses being shallow at balls. Needless to say I was wrong, and was actually quite pleasantly surprised by this dystopian novel.
The story takes place in the distant future, after World War 4 has come and gone. America was invaded by China, then Russia, and eventually became a country known as Illea which is now run by a royal family (for some inexplicable reason). Society is made up of 8 castes which are determined by the work they do, or rather, the work their ancestors did, because you are born into your caste and can only move up in the world in the rare event that someone from a higher caste marries you. 1's are, of course the royals and leaders while 8's are the homeless, drug addicts, orphans or various other "undesirables."
Our main character, America Singer is a 5 - the caste of the artists. She is, as her name would imply, a singer, though her father and a couple of her siblings are painters, and her mom is a fellow musician. Despite the fact that her family doesn't have a lot of money, and food can sometimes be scarce, America is happy with her life and doesn't want anything more. In fact, she is secretly dating a 6 (the caste of service, comprised of maids, janitors, etc.) and hopes to marry him some day even though she knows her controlling mother would NOT approve.
One day, however, a letter arrives for America, stating that any female ages 16-21 is being "encouraged" to enter into The Selection... a sort of reality show/competition that is tradition in Illea: any time there is a male heir to the throne and he comes of age, he invites 35 randomly chosen young women of the lower castes in hopes of finding a suitable bride. America's mother, who is kind of a gold digger, wants her to enter, and she does, assuming she will never be picked from among thousands of girls, but of course she DOES get picked and is forced to move to the castle, where she figures the stuffy prince will boot her out after a week or so.
This book is sort of one of those Jane Asten/Dowton Abbey type stories where nothing much happens and yet you just can't put it down. It is the first book in a fairly lengthy series (if you count novellas and prequels) and it really only begins to set up the story, but not in a way that feels forced or obnoxious. Yes, it's a dystopian version of The Bachelor, but dammed if I didn't plow through it in less than a day and can't wait to get my hands on the second in the series The Elite. 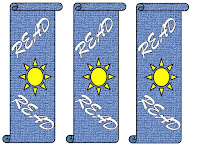