Every year there are at least a couple of books that I file in my Goodreads "Crap I Could Not Even Finish Reading" shelf. These are MY personal opinions of what the worst books I have read are, and they will probably be unpopular opinions, but this is MY blog so I don't care.
In 2016 only 3 things ended up on this list, so let's get started and I will tell you why they all sucked. These are only in order of me trying to read them, by the way, not in order of awfulness, because they are all uniquely awful in its own way. 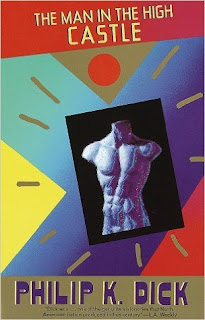 1. Philip K Dick is a science-fiction LEGEND. His novels and short stories have been turned into some of the most iconic science-fiction movies of all time, and The Man in The High Castle has recently become one of my favorite TV series. It's an Amazon Prime exclusive and believe me when I say it is almost worth getting Prime JUST TO WATCH THIS SHOW.
The premise is pretty simple: what would the United States be like if we had lost World War 2. The show is amazing. Well acted, well written, disturbing, imaginative and gripping. Naturally, being someone who firmly believes "the book is always better" I was dying to read the story that inspired it.
The book is SO NOT BETTER.
It is one of the dullest, slowest, most pointless things I have ever read. It is VERY different from the show in that it lacks any real focus. The book jumps from character to character, spending way too much time exploring the thoughts of characters who make no real difference to the plot.
I got about halfway through when I got sick and tired of waiting for SOMETHING, ANYTHING to happen.
It got tossed back on the shelf and abandoned, and good riddance to it. 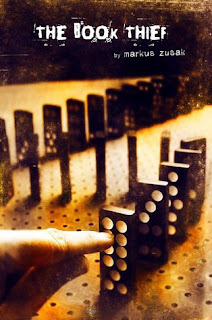 2. Ooooh! Sacrilege! Oooooh! Bad librarian! How could I possibly not have loved a book that was a best seller, critically acclaimed, award winning and turned into a hit motion picture?
Well, I will tell you how. The Book Thief was BORING. Dull. Lifeless. I found none of the characters interesting or compelling and the one and only thing I thought was interesting or original about it was that the narrator of the story is Death.
But, if I don't care about what happens to any of the characters, even knowing this is a book set in the Holocaust and that bad things are afoot, I can't do it. I just can't, There was not one character in this piece that I worried about, wondered about or cared for. Especially not Liesl, the main character, who I just wanted to smack really hard most of the time. 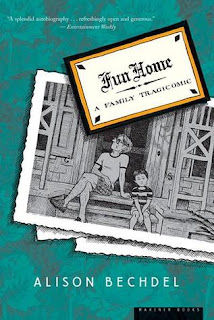 3. Fun Home made this year's list of most banned and challenged books. Was it banned for being boring? Was it banned for being pretentious? Was it banned for being overblown, and full of itself? Nah, it was actually banned because the main character is a lesbian and *heavy dripping sarcasm* heaven forbid we dare to DRAW two women being intimate.
I gave up on Fun Home because it was sold as a story of a child coming to terms with her father's life and death. What it actually was, was an excuse for the author to talk about how crappy her parents were and blame them for all the things she didn't have the guts to tell them they sucked at in person while at the same time showing off how many high-brow books she reads.
The only redeeming thing about this book was the lovely artwork. Everything else was pointless.

Email ThisBlogThis!Share to TwitterShare to FacebookShare to Pinterest
Labels: worst books of the year