Review: The Unbound (The Archived, Book 2) 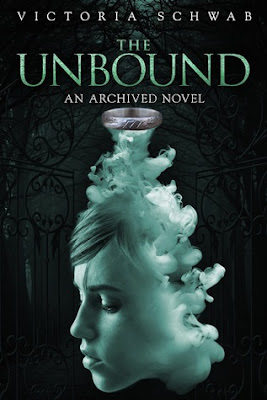 Victoria Schwab's The Unbound is the second book in The Archived series, which at the time I am writing this, MAY be a duo, or MAY possibly become a trilogy.
Personally I am really hoping it becomes a trilogy, because I want to read more about these characters and this fictional universe.

For those who have not read The Archived book 1, there are spoilers ahead, so stop reading now!

This volume starts a few months after volume 1 left off, which Mackensie ready to start school at Hyde, a private school for the upper class. Shockingly for a school of this type. the other students are really nice and quite accepting of Mac and everything seems to be going very smoothly until they don't. First, Mac finds out that her old pal and fellow Keeper, the adorable Wesley has been hiding some things about himself from Mac.
She is just starting to come to terms with this new Wes when Mac realizes that people are going missing... and the only thing they have in common is they all know her. Add to this the fact that she is still in fairly serious trouble with the Librarians in the Archive after the way she handled the whole Owen situation, and the fact that her parents are still totally clueless about what is really going on in her life and still grieving from the loss of her brother.
For me, the best part of this volume of the series, was that it delved deeper into the side characters, especially Wesley and some of the librarians, which by the way, I have decided I will TOTALLY become an Archive librarian when I die, because yeah. Haha!
Rumors are that there will be a third book in the series, tentatively titled The Returned BUT it was supposed to be out sometime in 2016, and it never materialized. I am truly hoping it gets released in 2017 because I want more! In the mean time, there is a short story, called Leave the Window Open which was posted on Vitoria Schwab's blog, and takes place immediately after this book wraps up... so if you want to read it, click the link above!